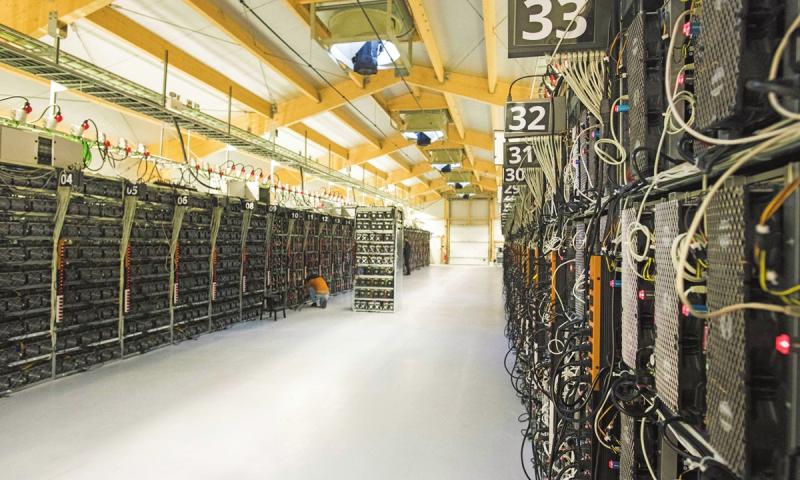 Bitcoin cloud mining is an alternative method of bitcoin mining. In this way, the person does not enter the process of purchasing and providing the necessary facilities to perform difficult and time-consuming calculations of the blockchain. Rather, it somehow invests in the mining of other persons or organizations and receives a return on its investment.

If someone in 2010 successfully produced only one block of bitcoins in a mining operation and kept it, it is as if he could have about $ 450,000 bitcoins in his pocket in 2021.

If you are interested in a semi-passive income and profitability from mining or bitcoin cloud mining in 2021, first know a few basic principles about getting started and then decide if bitcoin mining is possible for you or not. These are listed below.

What is Bitcoin mining activity?

For participating in bitcoin cloud mining you should know about mining. Mining is the basis of all blockchains that work with proof-of-work algorithms. The network that includes bitcoin mining hardware is so vast that the chances of users mining a block and thus receiving a block reward are very low.

What hardware devices are needed for mining?

Given these problems, it seems impossible for an ordinary user to afford to buy hardware and pay electricity bills. Therefore, the profitability of bitcoin mining is very unlikely for ordinary people.

Besides, these devices require a lot of electricity to supply energy. By participating in Bitcoin cloud mining, you will get rid of the hassle of providing mining hardware and paying staggering bills.

What is the role of Hashrate in bitcoin mining?

Hash rate is used to measure the computing power of mining devices. In 2009 and the beginning of bitcoin mining, hash rates were initially measured in seconds (H / s) but are now measured with Petahash in PH / s, which is equivalent to quadrillions of hashes/second.

It means that the more miners and, consequently, the computing power of bitcoin mining devices, the more rewarding blockchain users can be, the more difficult it will be to solve mathematical equations. It is a competition of computing devices. If mining hardware has more computing power, it can find more solutions.

This means that individuals or corporations that can have the most computing power or the most hash rates can mine the most bitcoins and get more rewards.

How much does it cost to sell bitcoins you gain from mining?

One thing that is often overlooked about the bitcoin profitability calculator of mining is the fees that the user has to pay to sell their mined bitcoin. If you are an independent person, you will have to sell your coins in cryptocurrency exchanges such as KuCoin or Binance. Sometimes the fees you have to pay are high, depending on the rules of the exchange fees. If you subscribe to a Bitcoin cloud mining company you will not have to worry about this. 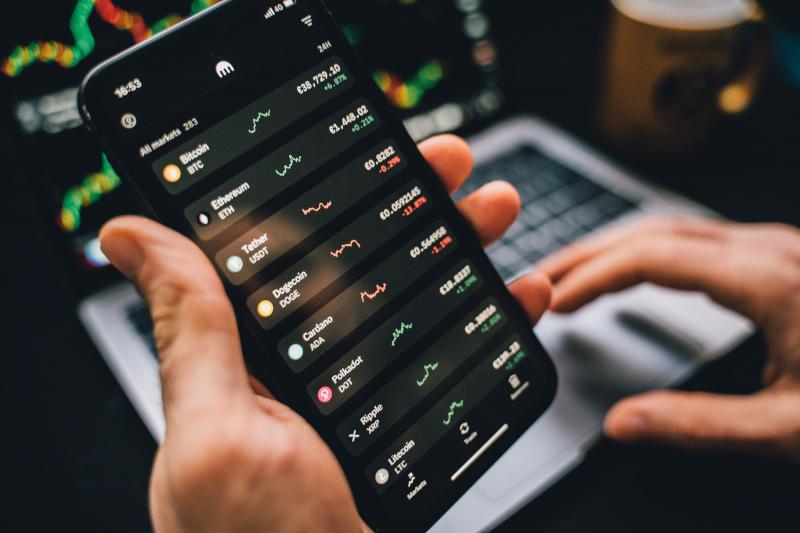 What is the meaning of block reward?

It takes ten minutes to produce each new bitcoin. Every ten minutes, a bitcoin is allocated to someone who has a mining hardware device and can discover new blocks faster than anyone else.

Because you do not have access to inexpensive electricity, buying modern and powerful mining hardware requires a lot of money, so mining may not be the most efficient way to make a profit.

Investing in bitcoin mining can be very lucrative, but it can take the hassle out of managing devices and using different equipment, but Bitcoin cloud mining or Cryptocurrency cloud mining makes the process a lot easier.

How does bitcoin cloud mining work?

The simple definition of cloud mining is that the process of mining cryptocurrency takes place in a large data center. Several miners work in this data center and it works with shared processing power. People involved in Bitcoin cloud mining can participate in bitcoin mining or other cryptocurrencies, but do not need to know how to manage complex mining hardware. For mining, you need to know the mining devices and ASIC miner profitability ranking. For instance, you need to know the Antminer S9 profitability to decide on mining.

In Bitcoin cloud mining, Bitcoin and different cryptocurrencies can be generated in large volumes. They bring together powerful mining machines in large numbers and create a large, cohesive network. In these places, they set up large cryptocurrency mining farms. The devices in these farms have a lot of processing power.

Many people around the world can use the power of the devices of these farms. Due to a large number of devices, the chances of the whole network being able to get more rewards increase. The reward given to the whole network is distributed among all members of the network. If an ordinary person wants to work in bitcoin mining individually, his chances of mining bitcoins or other cryptocurrencies generated by the PoW algorithm will be much less and in some cases impossible.

What are the advantages of cloud mining?

If you like to participate in mining and gain profit you can be a member in Bitcoin cloud mining partnerships so you will enjoy the following benefits:

The company or organization preparing cloud mining services accepts all the problems and hassles of mining, and people who want to participate in mining through these companies, it is enough to invest in this matter by purchasing partnership contracts.

What are the types of cloud mining partnerships?

If you want to partner with a Bitcoin cloud mining company for profit, you can usually do this in three different ways:

Various accounting services can show you the benefits of mining by receiving the required information. Be careful these services are designed to work with your hardware parameters. It May is not suitable for cloud-mining parameters, but you can easily use them with a clear understanding of the costs of Bitcoin cloud mining.
Cryptocurrency mining calculators often ask you for electricity bills and initial budgets for hardware to calculate profitability. They generally take the initial capital and expenses you incur during the mining process from you.

Therefore, since the cost of electricity is borne by the companies providing Bitcoin cloud mining, you can enter the monthly cost of mining instead of the cost of electricity.
Of course, the conversion process is not that simple. For hardware mining, you can calculate your monthly cost by multiplying your electricity cost (for example, a few dollars per kilowatt-hour by the unit energy consumption and by the conversion factor of 0.744. This factor is the ratio per second to joules of energy per kilowatt-hour.
But to Bitcoin cloud mining, you have to choose other methods because the server pays you monthly. Therefore, you should get the equivalent cost per kilobyte of hours. To do this, you have to divide the monthly cost by the conversion factor of 0.744 mentioned above.

What should be considered in a profitable partnership with Bitcoin Cloud Mining? 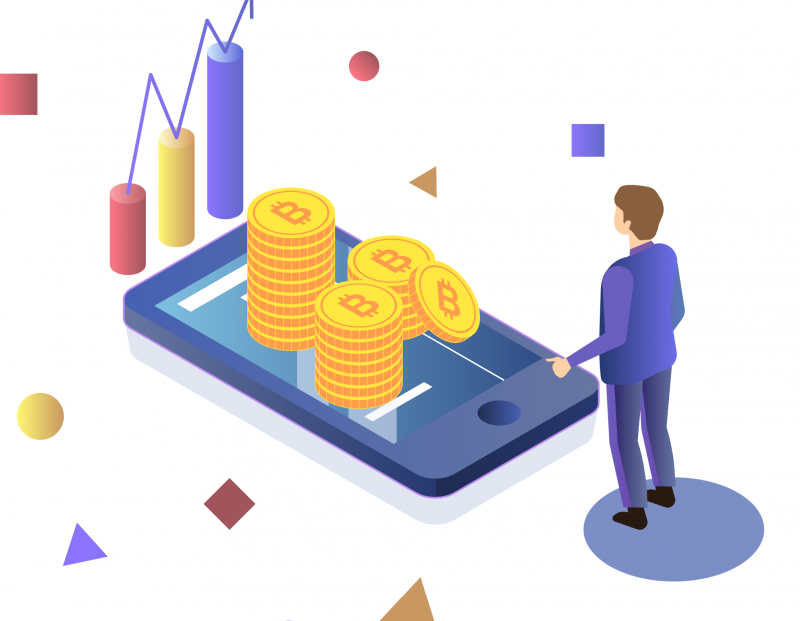 Can we count on the profitability of Bitcoin cloud mining?

Participating in Bitcoin cloud mining may be the most appropriate type of bitcoin mining for users who do not have the space or capital to set up their mining system. If these people want to have a stake in the booming mining business, they can make a profit from the industry by purchasing contracts from Bitcoin cloud mining companies.

Bitcoin cloud mining companies prepare and maintain modern and powerful mining equipment at vast places called Mining farms. Ordinary people can use this equipment online and participate in digital currency mining only by concluding a contract. Service providers also deduct a percentage of the profits from the mined currencies and pay a percentage of the profits to investors according to the contract.
You can see Minerland contracts as examples:

If you want to get the desired profit from the cryptocurrency market, every person must know the various ways to earn money from this industry through complete research. Then proceed to invest according to the volume of your assets.

Whether one goes for bitcoin mining or what method one chooses depends on many things that are different for different people. When you enter this field, it also plays a very important role in your decision to make a profit from cryptocurrencies.

Many now believe that the time to profit from bitcoin mining is coming to an end and without ideal facilities, it would not even be economically viable. It seems Bitcoin cloud mining will be profitable for you in 2021. So it makes sense that if you want to make a profit from the bitcoin mining market, join a strong team instead of a monopoly one. By choosing a reasonable Bitcoin cloud mining contract, you can save time, energy, and possibly money.